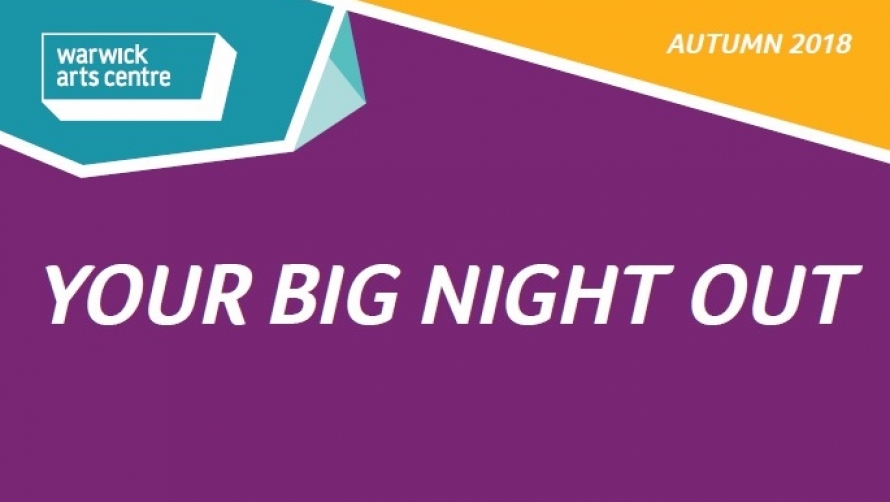 Take a look at some of the exciting events from our upcoming Autumn season. Our programme is bursting at the seams with big-name music, comedy and theatre, as well as our magical Christmas shows!

As always, we’re bringing you the best in comedy from award-winning greats and fresh new faces. The everyman of comedy, Jason Manford, kicks off our comedy programme, followed by Sarah Millican and BAFTA Award winner Dylan Moran. Ross Noble returns for another mystifying show whilst David O’Doherty invites you to “unhook your mind-bras” for some musical mischief and Marcus Brigstocke channels his inner Lucifer to understand the state of our world. With Sara Pascoe set to play a sold out show this season, it seems appropriate that we’re hosting the Funny Women Showcase, a night of stand up celebrating some outstanding British female comedians. We will also be welcoming back Sukh Ojla, who performed here last year in Rifco’s Pyar Actually, with fellow comedian Tamsyn Kelly, in a double bill of their Edinburgh Fringe shows. Share the laughs with the whole family as award-winning comedian Harry Hill imparts his tips and tricks on how to be a world class joker in his new show Harry Hill’s Kidz Show: How To Be Funny – For Kids!

Don’t miss viral sensation Scott Bradlee’s Postmodern Jukebox; as any fan will attest, the experience is never the same twice! If you’re in the mood for jazz, you’ll be spoilt for choice with Kansas Smitty’s House Band and Abdullah Ibrahim Magic of Motown will be taking us back to the 60s as they play through beloved Motown hits, whilst the Grammy nominated Afro Celt Sound System will be bringing their ground-breaking fusion of European and African folk music to our Butterworth Hall. For blues fans we have the Nordic stylings of Tord Gustavsen Trio and The Robert Cray Band and, for any fan of classic British rock-pop, Echo and the Bunnymen will be joining us for an unforgettable evening of live music.

Our Theatre re-opens this Autumn and we’re looking forward to filling it with some wonderful theatre and dance events. We’ll be welcoming back family favourite Kneehigh for the quirky tale of a 100-year-old man, his giant grandson, and a mischievous duck named Fup. Rifco return with a brand new play, Dishoom! and balletLORENT are set to stun audiences with a spectacular dance performance of Rumpelstiltskin. Often considered one of Shakespeare’s most contemporary shows, Othello remains blisteringly relevant today and English Touring Company’s “riveting production” (The Guardian) is not to be missed.

Which brings us to Christmas. We are delighted to welcome back Tall Stories, the Olivier-nominated producers of The Gruffalo and Room on the Broom, for two magical shows, celebrating the works of Oscar Wilde. Wilde Creatures is a sparkling new musical adventure for audiences aged 5 – 105, and The Canterville Ghost is a terrifying take on the gruesome ghost story for brave souls aged 12+.

We are looking forward to welcoming you at Warwick Arts Centre in autumn!