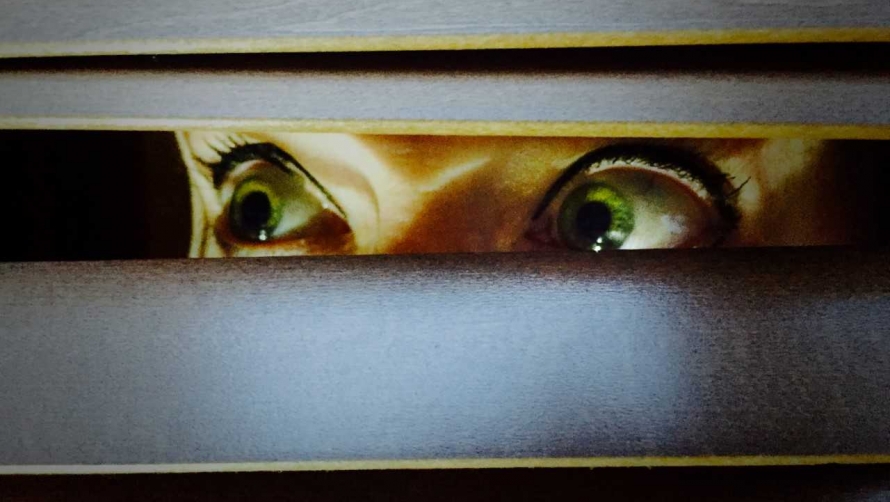 The summer holidays are over, but there’s still time to pack a suitcase… especially if you’re going on a spooky adventure! We asked Stephanie Ridings, the writer and star of The Fear of Fear a few questions about what goes into her case when working on her brand new show.

When on tour with a show, what are your five packing essentials – what goes in your suitcase?

Always more underwear than I’m going to need, just in case. I’ve no idea what I think is going to happen, but I like to be prepared. I like to have my iPad so if I can’t sleep, I can read. I like to have perfume with me to wear whilst I do the show, not that I get that close to anyone. Wet wipes are also brilliant things to have with you and plenty of concealer.

Do you have any music you like to listen to in order to chill out/psych yourself up before a show?

Generally, no. I tend to have to focus on quieting my brain a bit and being present. During Edinburgh I listened to a mindfulness app, which is not the sort of thing I would usually do, but actually found it very helpful.

Are there any rituals you have for good luck in a show?

I never start with any, but they tend to present themselves as the show goes on. So, in my last show I had different costumes I could wear but would only wear the same shirt, washed of course, as this is the one I had worn during the first shows. Another one is I had an empty throat lozenge tube in my pencil case on stage with me and wouldn’t let anyone throw it away until the tour had finished. I know it’s ridiculous and makes no sense, but these are the things I tend to cling to.

A production can be very time consuming, do you find that you think about the show even while not directly working on it?

In the early stages it’s all consuming and it is difficult to concentrate on anything else. I think in the making stage its always bubbling away in the brain somewhere and its true what they say, sometimes the best ideas emerge whilst washing the dishes. As the show becomes familiar, the relationship changes and whilst it may not dominate all your thoughts, you find new things within the performance.

What things are the essential ingredients of a show like The Fear of Fear?

Collaboration is always important to me when making any show and I love everyone bringing their take on the subject and rehearsal script, as this only makes it better. Also, with a show such as Fear, which of course is an emotion we all experience, I found it really important to talk to people and to find out what people are afraid of. It proved that, fundamentally, we’re all very similar.

The Fear of Fear opens at Warwick Arts Centre on Wed 3 Oct.