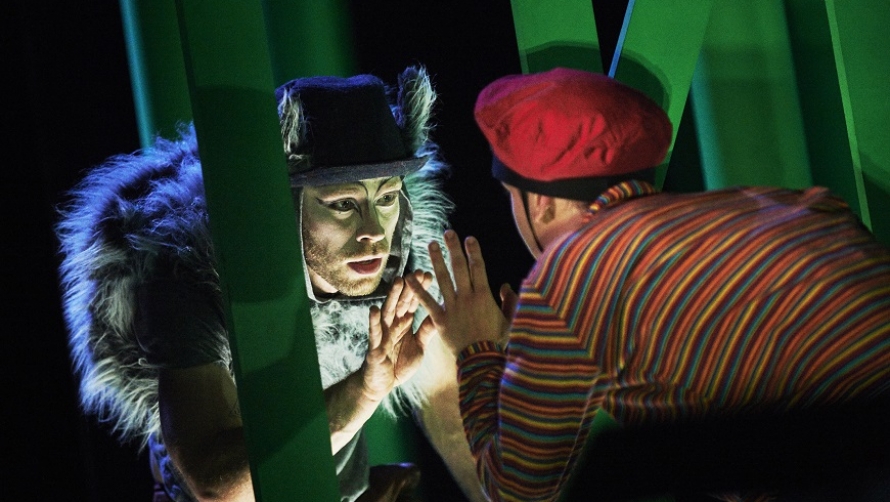 What can audiences expect from The Wolf and Peter? How does this adaptation differ from the one we all know and love?

Audiences can expect some great dancing, storytelling, music, fun surprises, and a little scare in The Wolf and Peter. The show is based on the Russian composer Sergei Prokofiev’s musical score, which he composed specially for the Moscow Children’s Theatre in 1936.

It is about a boy named Peter, and his adventure in the big green meadow beside a big dark forest. A place where danger can lurk. Peter has been told by his Grandfather not to open the gate and go beyond his backyard. Peter’s curiosity gets the better of him and he disobeys the rules and goes outside. Little does Peter know that he sets off a chain of events which he will never forget. In CoisCéim’s version of the story, I decided to develop the relationship between the Wolf and Peter. Not to look at the Wolf in the story as just the bad guy, but an animal that has the ability to teach Peter life lessons and introduce him to a whole other way of viewing the world.

So, the story is told from the point of view of the Wolf. How do you convey that message about looking at things in new ways?

Most wolves in children stories are portrayed as bad characters. They are creatures to be feared. In The Wolf and Peter I wanted to re-tell the story from the Wolf’s point of view. Yes, he seems to do bad things, but he is only behaving as wolves should behave. In my research for the show, I met a keeper of five Grey Wolves and he taught me about wolves, how clever they are and how they help environments that they inhabit. Also, he told me that wolves are naturally scared of humans and avoid being in our company at all cost. 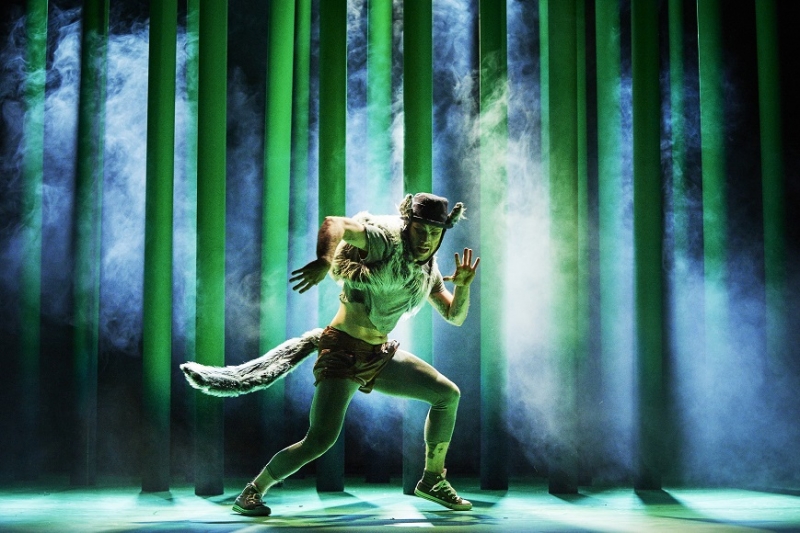 Are there any other stories you’d like to see from a different angle? Any villains you think need some redemption like the Wolf?

I like looking at classic stories and putting a twist on them. Several years ago, I reinterpreted The Nutcracker and told it from the point of view of a grown up Clara, who had forgotten the colourful adventures that Drossemier’s toy nut cracker had brought her on. There was a darkness to the story that I felt most of the ballets I had seen had glossed over, the darkness of the original German text.

I think we are naturally intrigued by dark mysterious characters. They are used to teach life lessons to children. They generally present a problem for the lead character in the story, one which they have to solve somehow. This is what makes a great story, after all.

I like to question why characters in the stories are bad. Were they always bad or did something make them turn that way? For me this is an interesting question to pose.

Speaking of doing things differently, CoisCéim Dance Theatre is known for using a selection of dance styles in its pieces. How did you develop your own vision as Artistic Director, and how does that work with The Wolf and Peter?

During the first week of the rehearsal process, I worked with the dancers, exploring the different characters and how they moved.

By the end of the week, I allowed them to choose which character they wanted to portray. As the dancers all have very different dance backgrounds, I was then able to use the way they had been trained to create the language of movement for the story. The performance contains so much of their personalities. As a choreographer, I like to mix things up and try to utilise the dancers’ special talents. We looked at the characters in the show and we were able to find human traits in the animals, and animal traits in the humans. 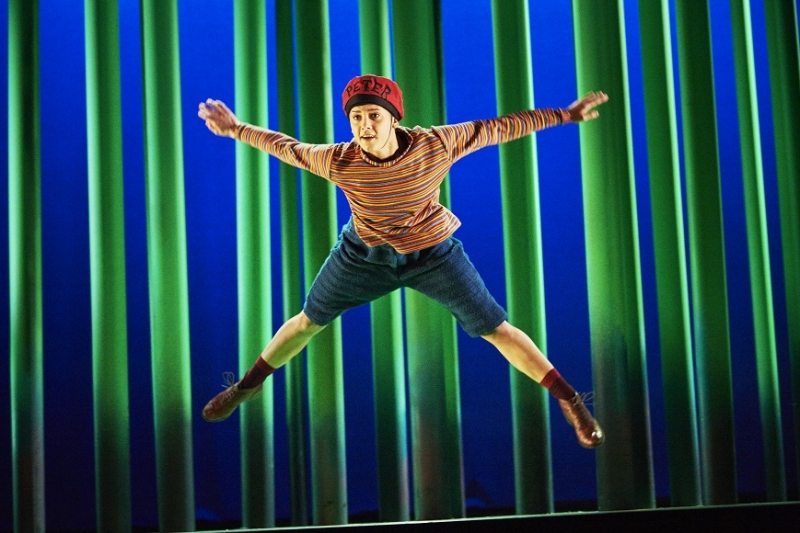 Your choreography has been widely acclaimed and you’ve created a vast range of productions, and even been involved with film. What is it about the medium of dance that particularly attracts you?

I have always loved dance as an art form. I came to dance quite late in life, starting ballet when I was 16 years of age. I had to work hard to catch up on the years that my body had missed in training.

And I have always been attracted to dance in all its forms. Dance really is a universal language and I adore the way we can perform it for all cultures and be able to express ourselves through it.

You’re using live music in The Wolf and Peter, alongside some fantastic production design. What are the challenges of incorporating live music into a highly visual show?

The score of The Wolf and Peter is played on an upright piano by Conor Linehan, who also composed the new music in the show. I wanted the production to have music at its core, as it was originally conceived by Prokofiev as a music and story piece for children. But what really surprised me was just how new and exciting the score sounds from the upright piano. Of course, it helps that Conor is a world class concert pianist!

In the design by Monica Frawley, she includes the piano into the design while creating a great space to dance within. It is a visually stunning representation of a forest for the adventure to play out in. It is full of lovely details and surprises.

Along with choreography and live music, being a director means that you have to manage a lot of different elements at once. What kind of things do you do when starting a project that helps you create your best work?

I always try to thoroughly research the subject I am working on. Research leads you to many different paths, possibilities and choices. Sometimes it can be a scary place, starting on a new project, but you have to trust where the creative journey can take you. I work with many different types of research at the beginning. From visual imagery text books, film reference or sometimes inspiration from even a single word or movement.

The Wolf and Peter looks like a creative and fun experience. Do you have any particularly fond experiences with the show?

The show still makes me laugh out loud! When we perform The Wolf and Peter at the Warwick Arts Centre, the company will have performed 90 shows. It constantly amazes me how audience reaction differs from show to show, which keeps it alive. The audience are really a part of it. They are allowed to make as much noise as they like in the theatre and hearing them react to the action on stage is thrilling. The audience, after all, are the final part of the puzzle and that makes me happy.

The Wolf and Peter opens on Tue 13 Nov. For more information and tickets, click here