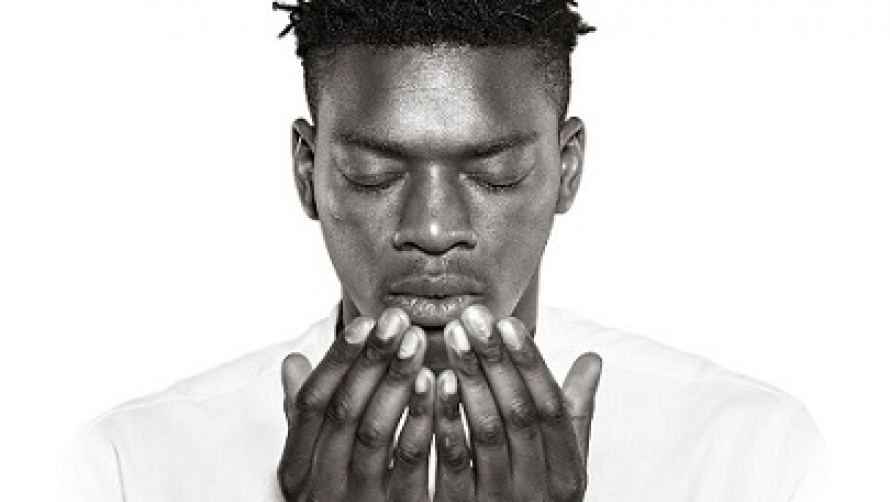 Last week Warwick Arts Centre welcomed 60 sixth-form students from Sidney Stringer Academy and Tudor Grange Academy Kingshurst to experience a little snapshot of the theoretical and practical ways you can learn and play at university, before seeing English Touring Theatre’s Othello in the evening.

They started with a lecture on Othello and Race: c1603—2018 by Dr Paul Prescott from the University’s English Department that looked at the history of race in performance and the social progress slowly made from the early days of a white faced Richard Burbage, ca.1600, to the ‘cinnamon’ faced Othello of the late 1700’s and on to the first black Othello played by Ira Aldridge in the mid 1800’s. The students learned that it wasn’t until the 1930’s that society truly started to accept a black actor playing Othello on stage and that even to this day there is a struggle to keep consistency in the casting of Othello across the globe, with the American Ballet Theatre choosing to cast and use make-up to darken the skin of a light skinned Brazilian dancer for the role as recently as 2015.

This journey through the performance history really resonated with the students and much of the feedback they provided talked about the fact that they could now see Othello as still being culturally very relevant today. They told us that this lecture has helped lift the play from the page and give it life by rooting it in real world experience. It was a great opportunity for everyone to experience how a lecture at university might differ from a school lesson and with Dr Prescott exploring the issue of race in Othello head on, the students were treated with the respect they might find in an undergraduate environment. This undoubtedly helped the students to sit up and engage with the topic in a way that prompted bright and insightful questions and reflections. Here is a sample of the kind of reflections the students were keen to share:

“I now know that it’s okay to be an outsider in your beliefs – questioning things is fundamental for growth.”

“I feel enlightened and inspired to think and challenge more – always challenge what you’re shown!”

“I think that today has been imperative in establishing a holistic approach to Othello and helped me to consider themes that aren’t particularly discussed or taught in school.”

“There should be more events like this in which encourage ‘controversial’ topics like race to be spoken about.”

After the lecture, the group split into two with Tudor Grange taking a tour of campus with University Ambassadors and Sidney Stringer taking part in a spoken word workshop led by Tanya Muneera Williams and Rakaya Fetuga, two fantastic performance poets who instantly connected with the groups and started to bring about a shift in confidence for most of the participants. Building on the story of Othello, the groups worked to create their own poetry. With strong voices, filled with deeply moving imagery and a spark of recognition in their own ability, the students took to the floor and performed for their peers in a sharing that heard everyone receive applause for being brave enough to step out of their comfort zones and explore something they normally considered dry and confined to a page in an exam booklet. The student’s writing was insightful and bold, reflecting the way that Tanya and Rakaya write, using personal feelings together with observations of the realities of society and the political landscape to create vivid, punchy, and witty lines that invite the listener to take a walk alongside them in their experience of the world. It was a pleasure to hear the students take such big, bold steps into opening up their thoughts and experiences to each other so confidently.

While Sidney Stringer were in the workshop, Tudor Grange were out on their campus tour which ended up being a little soggy with rain clouds opening up. This didn’t dampen the spirits of the ambassadors, however, who did a great job of explaining what university life is like, what the various buildings are used for and what the best bits about studying at Warwick are. The sixth formers ears pricked up when the campus club was mentioned but there was just as much interest in the library and teaching spaces. They were excited to see how much ownership the university students have over their environment – setting up home together and sharing kitchens, moving in to the library during exam prep, meeting for coffee with friends or spreading out in the Oculus shared spaces between lectures. Funnily enough, the thought of sharing a toilet with several flatmates was the only fact that generated a less than positive murmur across the group.

As the tour and workshop came to an end, the schools swapped over and Tudor Grange headed into their poetry workshop. As Sidney Stringer students had very recently been on a campus tour at the University of Warwick, they sat out their allotted tour slot and took the time to hone the poetry they had been working on in the workshop. A couple had been asked by Tanya if they would be happy to share with both schools at the end of day plenary session so they wanted to fine tune their writing. Tanya and Rakaya worked with Tudor Grange in the same way as they had with Sidney Stringer and their results were very similar; lots of confidence and a deeper understanding of how poetry can be used to vent frustration or share a personal journey through society. The 90 mins flew by and before they knew it, the workshop was ending and many of them took their writing away to continue exploring it independently.

The plenary session started with the showing of a short film called Flight created by Young Muslim Voices. The aim of the company and The Othello Project is to creatively challenge pre-conceived perceptions of difference, counter stereotyping and provoke debate. Flight is based on a 2016 Facebook post by Jiva Akbor and features a diverse mix of 18 actors telling one story, intended to invite young Muslims from around the UK to share their stories too. The film was well received and you could feel the students being swept up in the story, putting themselves in the same position and muttering between each other about how they might have behaved in a similar situation. One student commented that “The Young Muslim Voices video helped me understand a non-Muslim point of view. It helped me to not feel like an outsider and to feel accepted”. Hopefully these conversations have continued both in school and in a more relaxed environment outside of school time.

Tanya Muneera Williams and Rakaya Fetuga then shared some of their poetry with the students, performing with a lovely authenticity that really resonated with the groups. Looking at the feedback, these women have unquestionably made an impact on the students, especially the girls who could see themselves reflected in Tanya and Rakaya’s voices. Here are a few stand out statements:

After a Q&A to reflect on the experience of the day, the students readied themselves for ETT’s Othello in the evening. Knowing that they were going to see a contemporary production that portrays Othello as a Muslim who is being forced to conceal his faith in order to fit in with society, the students were excited to use the learning from their day to help engage with the show. The teachers let us know that it was an incredible opportunity for their students to see some of their own struggles with race and culture play out on stage. Combined with the chance to experience university teaching, they felt that the whole day has allowed their students to see how education becomes more about choosing your own way to learn at a university level. They all left with the sense that there’s a freedom in university, an admiration for the pursuit of knowledge and a respect for the individual who chooses to pursue it, both academically and creatively.

This was the first Campus Day linked to our artistic programming and we hope to do more in the future. Keep an eye out on the website for details or contact Creative Learning to discuss the activities available for schools at Warwick Arts Centre.

Read about Tanya’s experiences with her faith here.

If you have a story to share with Young Muslim Voices, you can submit it here. 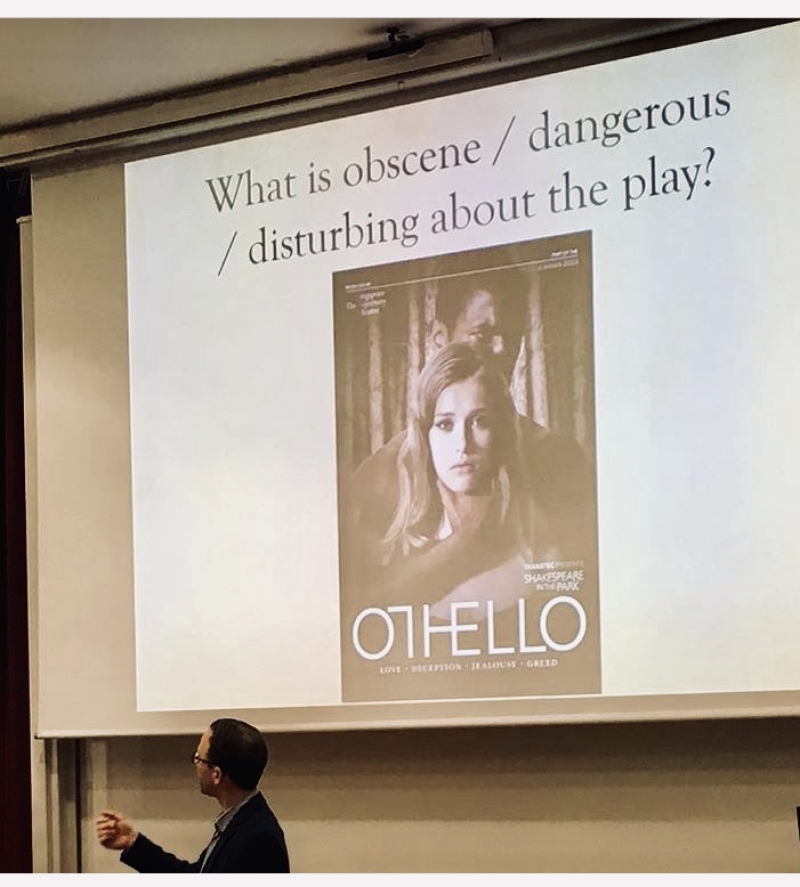 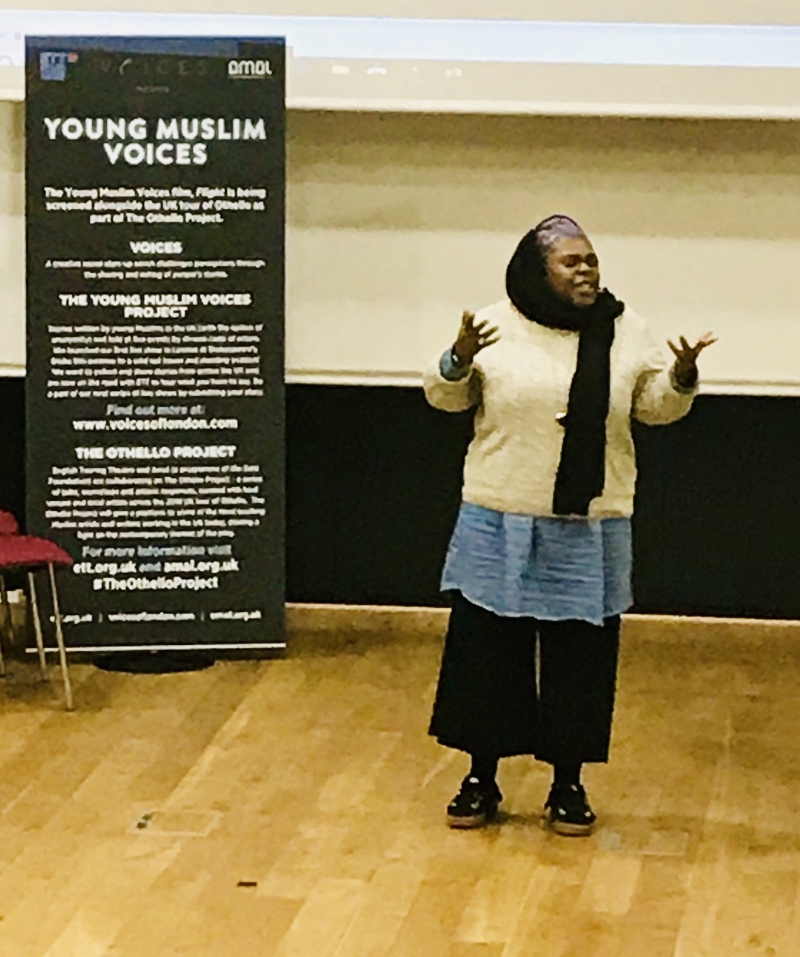 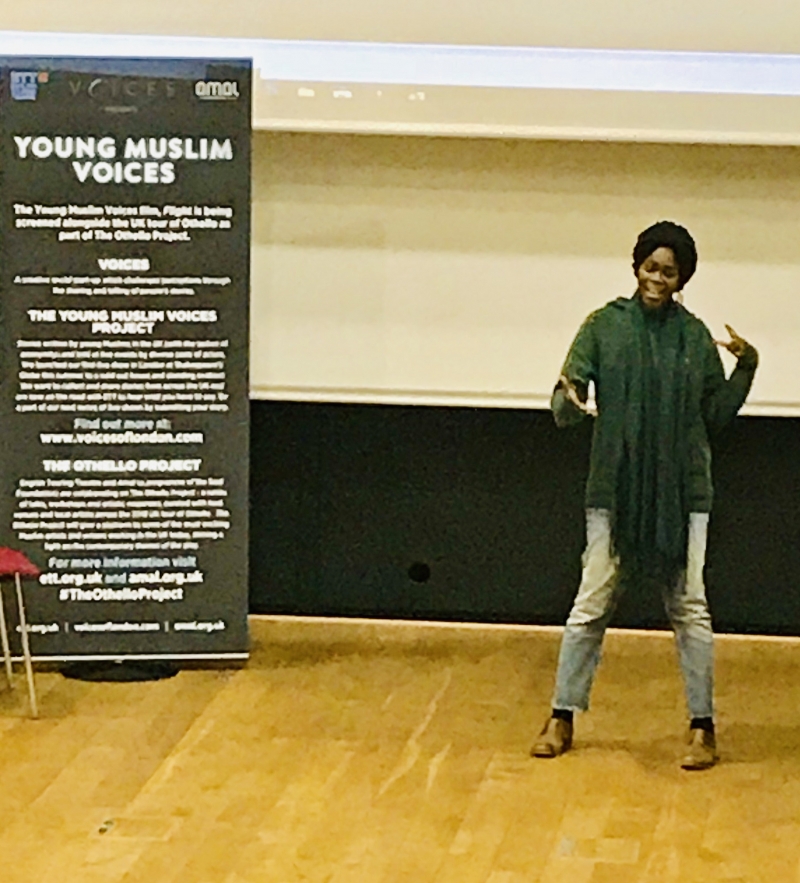 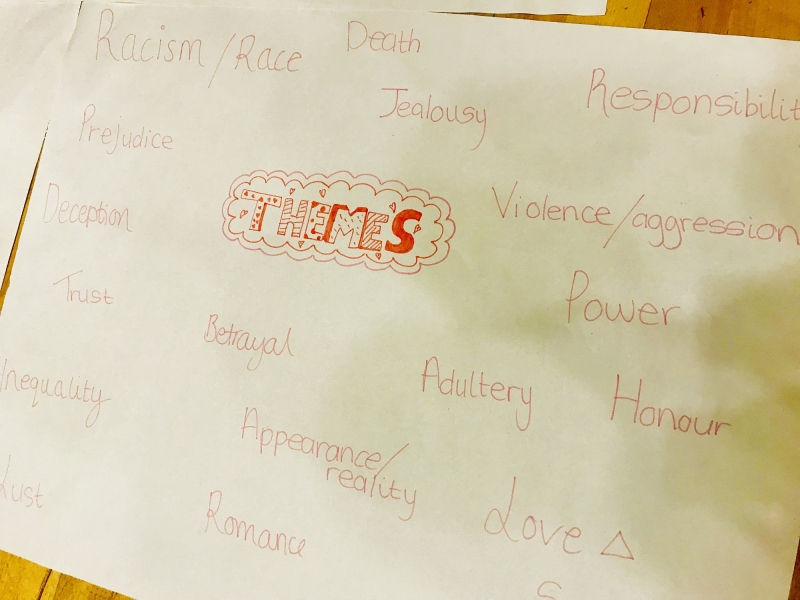 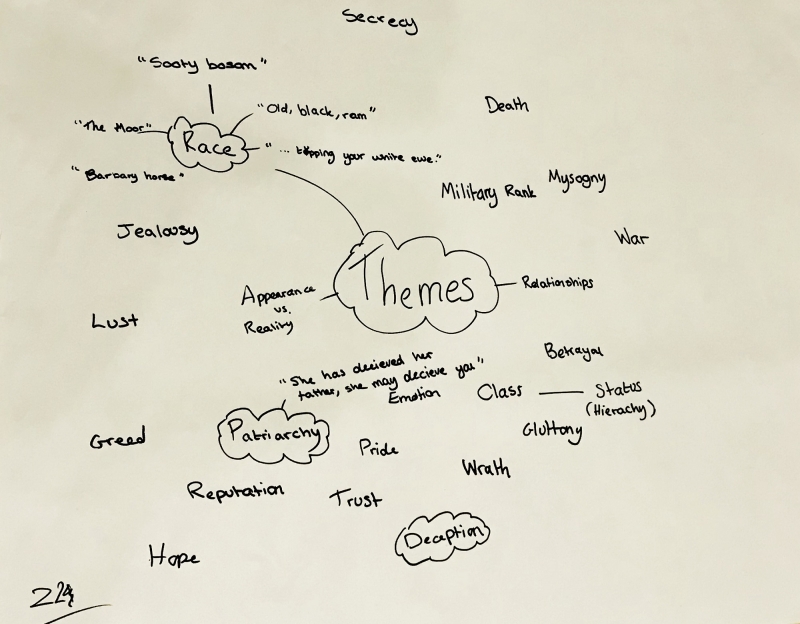 Some other lovely bits of feedback to finish off…

• “This day has been lovely and interactive. It has helped me view the play in a completely different perspective and has revived my love for slam poetry.”
• “It helped us convey ourselves and our own interpretations.”
• “I learned a lot about power and racism.”
• “I have a much deeper understanding of the arts and artistic interpretation of Othello now.”
• “As a society we should deem ourselves worthwhile without the need to slam another person or idea.”
• “I feel admiration towards all of the speakers and the university staff for believing in what they do, being inspiring and putting up with us!”
• “I enjoyed listening to the poetry written by our school because it’s amazing to experience how words can have a huge impact on you.”
• “I felt welcomed and positive – feelings I don’t often experience and it makes me happy.”
• “This was an amazing opportunity and I’m proud that I got the opportunity to attend.”
• “It opened my eyes to different thoughts, styles of writing and beliefs.”
• “Students from other schools should be given this opportunity and they should take it!”