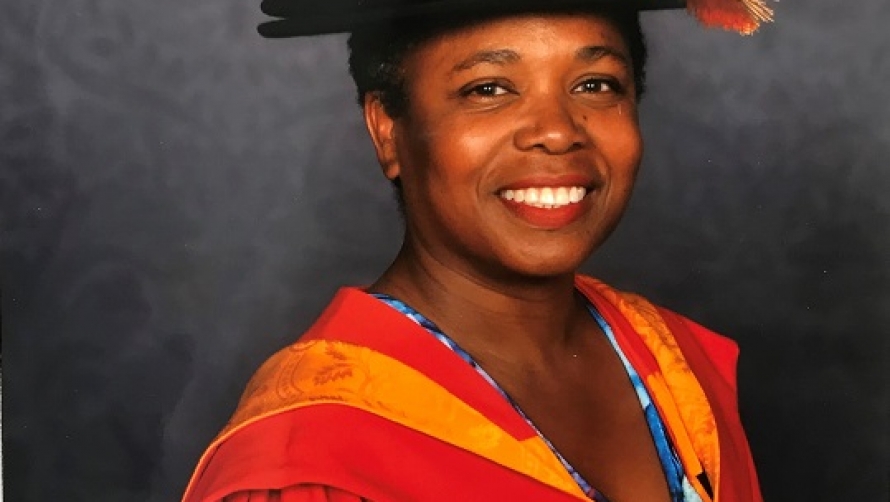 Our Director, Doreen Foster, received an honorary degree last week from the University of Wolverhampton for her contribution to the creative industries.

Doreen, who hails from the Black Country, began her arts career at Kokuma Dance Company in Birmingham before joining Arts Council England. A former deputy director of Black Cultural Archives and former chief executive of Bernie Grant Arts Centre in Tottenham, Doreen has worked as Director of Warwick Arts Centre for the past 12 months.

Doreen said: “The award came as a great surprise. I am humbled and delighted to have been recognised with an honorary degree from the University of Wolverhampton. It’s a great welcome back to the West Midlands.”