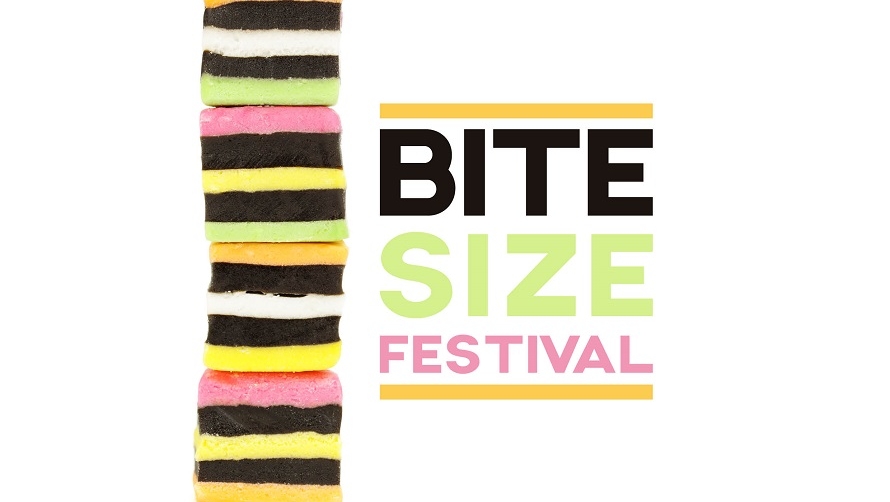 China Plate launched our biannual Bite Size festival in 2008 to try and shine a spotlight on the wealth of often overlooked and underrated talent in the Midlands. Over 10 years on, the region has transformed into a hub of creativity, and Bite Size is now a celebration of some of the most exciting, inventive and diverse theatre-making coming out of the area and, indeed, the UK.

The festival is a must see for anyone interested in new work from both well-known and newly emerging Midlands theatre-makers, and we usually see audiences come from around the country. With 15 shows all happening over one day, we try to fit in as much as possible by programming a mixture of full length shows, shorter extracts of new work, and exclusive tasters of pieces still in development. The festival is divided into 6 sessions, and while you can choose to dip in and out of individual slots, I would highly recommend diving in and feasting on everything throughout the day.

I am particularly excited about this year’s festival line-up, which explores an eclectic range of topics from the climate crisis, sex education and living with an incurable medical condition, to what might happen if you accidentally steal 300 second class stamps from your local post office. And our full-length shows are two (very different) 5-star, powerhouse performances of tour de force theatre making from Lewis Doherty’s company BEASTHOUSE and Caroline Horton.

This is the first time that Lewis Doherty has brought his work to Bite Size, and his Game of Thrones style fantasy tale BOAR is a one-man adventure tale of epic proportions. Lewis is a hugely talented theatre-maker and performer, embodying multiple characters throughout the show to take the audience on an intrepid and heroic journey where pirates, bounty hunters and thieves do battle in a world on the brink of destruction. The Scotsman described it as “one of the most distinctive and grippingly engaging performances” of the 2019 Edinburgh Fringe Festival, and it promises to be an action packed, hilarious and hugely impressive hour.

Our final show of the festival is from Olivier Award nominated Caroline Horton, a Bite Size regular who has brought her shows You’re Not Like the Other Girls Chrissy and Mess to the festival in years gone by. Caroline has multiple awards and accolades under her belt, and All of Me (The Possibility of Future Splendour) is her most ambitious work to date. The show is an incredibly powerful, visually stunning and often very funny exploration of mental illness and recovery – a tale of hope forged in the darkness. A huge hit at the 2019 Edinburgh Fringe Festival, it won the Mental Health Fringe Award, was listed in The Stage’s top 50 shows, and received glowing reviews from publications including The Independent, The Guardian, Time Out, The Stage and The Scotsman. Needless to say, we are incredibly lucky to be welcoming Caroline back to the festival, and this show is an absolute must see.