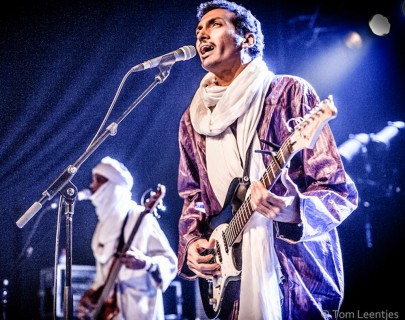 In April 2013, Bombino made his Nonesuch Records debut with the release of the album Nomad, which was recorded with 2013 Grammy Award-winning Producer of the Year Dan Auerbach of The Black Keys at his Nashville studio. Nomad debuted at #1 on the Billboard World Music album chart and iTunes World chart, and has earned rave reviews from top media outlets around the world including BBC World Service, which calls it “utterly, utterly fantastic” and Rolling Stone, which calls Nomad “a perfect match of sound and soul [that] introduces a new guitar hero.”

His dazzling live performance and virtuosity on the guitar have led notable music critics to compare him to Jimi Hendrix, Carlos Santana, Neil Young, and Jerry Garcia.