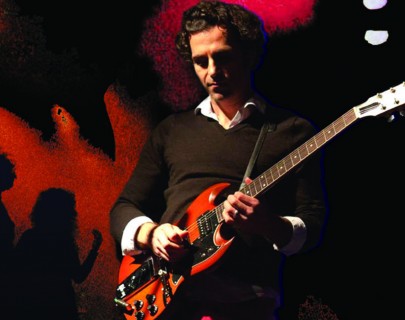 Zappa Plays Zappa, the Grammy winning group that has made and recreated history performing the music of Frank Zappa, is set to embark on an epic musical trek across the UK celebrating the classic Frank Zappa album Roxy & Elsewhere. In celebration of the 40th anniversary of that pivotal Zappa fan favourite, the entirety of its repertoire — including the provocative rhythms of “Don’t You Ever Wash That Thing?” “Echidna’s Arf (Of You)” and “Be -Bop Tango (of the Old Jazzmen’s Church)” will be performed live on stage.

Zappa Plays Zappa will hit the road premiering songs that have not been performed on previous tours and cutting its teeth on additional surprise material. “The Roxy album has always been one of my favourites and I’m excited to play it top to bottom. It has a great balance of musical styles and showcases some of the funkiest grooves and most devilishly frenetic instrumental passages my father ever composed.”

VIP Package
A special VIP Package is available for this show, including a pre-show soundcheck experience (time to be confirmed), meet & greet, exclusive VIP pass plus entry into a draw for special Zappa prizes! Just select the “VIP Package” price when booking your tickets!