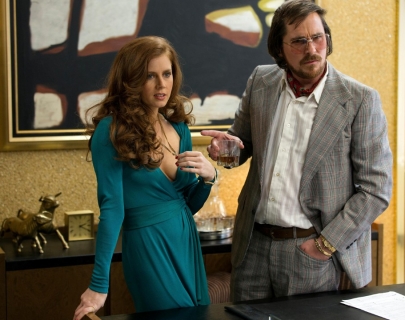 Cooper stars as an FBI agent who hires con artist Irving (Christian Bale) as well as his wife (Lawrence) and his girlfriend (Amy Adams) to get information on gangsters and corrupt politicians.

“An urban eruption of flat-out fun – the sharpest, most exhilarating comedy in years.” TIME