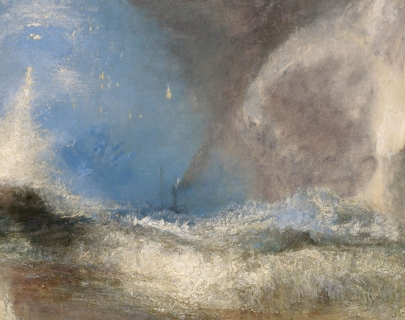 Turner and the Sea reveals the full extent of the artist’s engagement with the sea, foregrounding important but rarely seen paintings and throwing new light on some of his iconic works. In an age of global naval warfare, rapid technological change, and increased travel, Turner’s ceaselessly creative response to contemporary maritime affairs helped to redefine Britain’s cultural relationship with the sea. This book examines the many ways in which Turner responded to the maritime art of the past while challenging his audience with new ways of representing the sea. The book reveals how Turner first established his credentials as a painter of the sea against a rich tradition of marine painting, exemplified during the previous two centuries. It examines the artist’s competitive response to the work of his contemporaries, including John Constable, and explores the complex legacy of his seascapes through the maritime subjects of later British, European, and American artists.


Christine Riding is Senior Curator and Head of Arts at the National Maritime Museum. She was previously Curator of Eighteenth- and Nineteenth-century British Art at Tate Britain, and was Deputy Editor of Art History (The Journal of the Association of Art Historians).