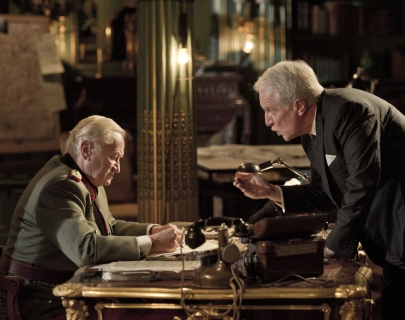 It is 1944, and Germany are losing the war. As the Allies march towards Paris, Swedish consul-general Raul Nordling sneaks into the office of German military governor Dietrich von Choltitz, intent on convincing him not to follow Hitler’s orders and burn Paris to the ground as the Nazis retreat.

What follows is a fascinating late-night head-to head, capturing a battle between hearts and minds, with Nordling deploying the full diplomatic powers he possesses to save the city of light from destruction. A tense and fascinating historical drama.