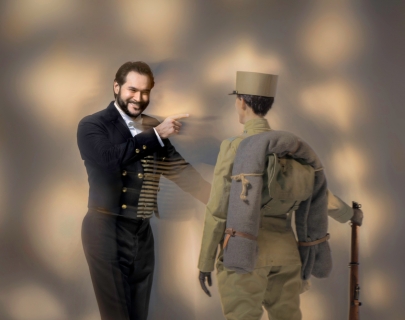 The Met Opera’s Music Director James Levine conducts a new production of Mozart’s eternal masterpiece, directed by Richard Eyre, who sets the action in a 19th-century manor house in Seville but during the gilded age of the late 1920s. As Figaro. dashing bass-baritone Ildar Abdrazakov, leads a dazzling cast, including Marlis Petersen as his bride, Susanna, Peter Mattei as the philandering Count, Amanda Majeski as the long-suffering Countess, and Isabel Leonard as the libidinous pageboy Cherubino.