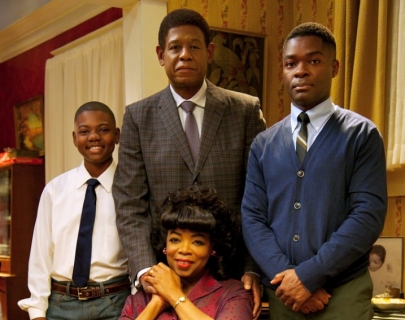 Inspired by a true story, Forest Whitaker is Cecil Gaines, a White House butler and the eyes, ears and emotional heart of this star-studded sweep through recent history.

Serving eight presidents in over 30 years, Gaines witnesses the birth of the civil rights movement, the impact of the war in Vietnam, JFK’s assassination and the Watergate scandal. With Robin Williams as Eisenhower, John Cusack as Nixon and Alan Rickman as Ronald Reagan, this film captures a defining era of US history as seen through the eyes of an African-American, whose own fortunes change as society progresses.

“It packs a sustained emotional punch.” ★★★★ The Telegraph