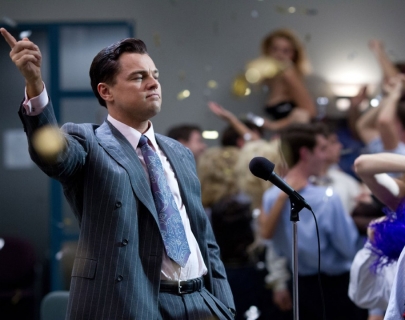 Based on stockbroker Jordan Belfort’s memoir, Martin Scorsese’s The Wolf of Wall Street is an exhilarating, excessive and unflinching look at the excesses of the financial system in the 1980s and 1990s.

Starting from a disused garage in Long Island, Belfort (DiCaprio) grows his investment firm Stratton Oakmont into a multi-million dollar organisation, and in doing so begins to indulge the high-rolling lifestyle that goes with it. But soon, his astronomical financial gains catch the attention of the FBI, and his lavish lifestyle begins to crumble.