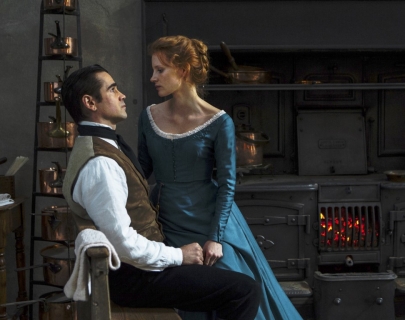 Ullman’s film opens on a midsummer’s night with the daughter of an English Aristocrat, setting out to seduce one of her father’s senior servants.

A psychological game erupts between the servant and the daughter, darkening as the night unfolds and ultimately finding a chilling finish. Miss Julie’s strength lies in its performances: Chastain possesses a charming blend of privileged petulance and vulnerability, Farrell is deliciously two-faced, and Morton acts as a strong antagonist.