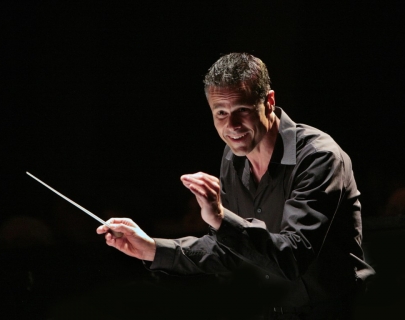 Life, liberty and big, big tunes! Take raw optimism, add endless confidence and a wagon full of swinging melodies, and you’ve got yourself a supersized helping of American music.

And whether we’re hearing the plain-speaking cowboys of Aaron Copland’s Wild West, the high-kicking hustlers of Leonard Bernstein’s Big Apple, or Gershwin tap-dancing through Jazz-age Paris, the thrill is unmistakable. You know the tunes already, but one thing’s for sure: they sound even better performed live, all in honour of the University of Warwick’s 50th anniversary.

David Charles Abell conducts the Royal Philharmonic Orchestra – the nation’s favourite orchestra – and Danny Driver brings all his inimitable flair to Gershwin’s Rhapsody in Blue: the sassiest, most swinging toast to New York ever composed. So, as we welcome the summer, join Abell and his orchestra as they lift the roof of the Butterworth Hall with a concert that simply shouts ‘celebration’!