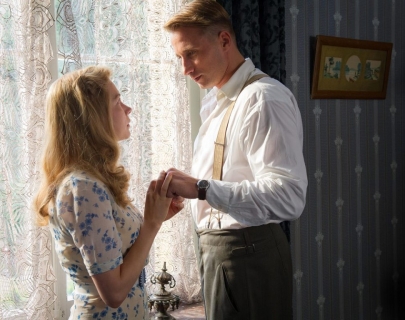 First published 50 years after her death in a concentration camp, novelist Irène Némirovsky’s lost story of an unlikely, yet powerful, love set against the backdrop of World War II is adapted for the screen by the director of The Duchess.

While living uneasily with her mother-in-law (Thomas) in a small French town, Lucile (Williams) awaits news from her husband. As the German advance continues, occupying forces take up residence in the villagers’ homes, and Lucile soon finds herself inadvertently drawn to the refined and handsome officer, Bruno (Rust and Bone’s Schoenaerts).