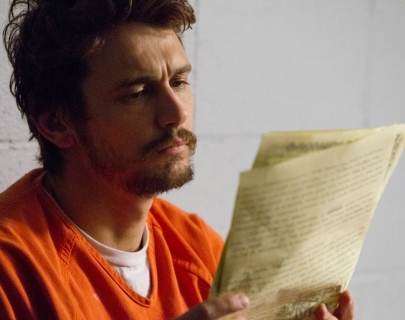 On the FBI most wanted list accused of murdering his wife and children, Christian Longo (Franco – Spiderman 2) flees to Mexico and takes on the identity of Michael Finkel, a journalist who was fired from The New York Times Magazine for falsifying details in a story. Eventually imprisoned, Longo will only speak with the real Finkel (Hill – 21 Jump Street, Superbad).

Directed by Olivier award-winner Rupert Goold and based on a true story and book of the same name (written by Finkel), the film explores the complex relationship that develops between the two men and Longo’s compulsion for lying.