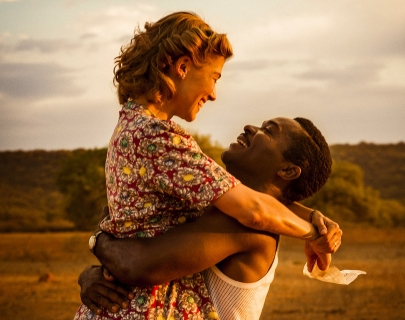 London, 1947. Prince Seretse Khama (Oyelowo), later to become the first president of Botswana, falls in love with Ruth Williams (Pike) at a Missionary Society Dance and they impulsively marry. However, their intimate relationship quickly becomes the central focus of the South African’s Government, who won’t tolerate an interracial couple leading a country.
Two luminous actors, David Oyelowo and Rosamund Pike, bring to life one of the great forbidden romances of the 20th century. Amma Asante’s film is a sweeping and intimate illustration of how love can challenge even the harshest constraints.