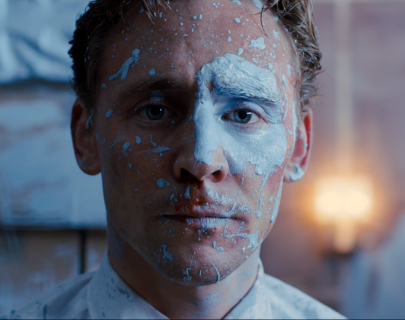 Ben Wheatley’s (Sightseers, Kill List) High-Rise is a dystopian new film based on J.G Ballard’s 1975 novel, an unrestrained and brilliant satire of both 1960s social idealism and the Thatcherite values that undermined it.

The film follows young, respectable doctor, Robert Laing (Hiddleston) who moves into a new luxury apartment in a concrete tower block. Inhabited by eccentric tenants who let off steam in endless rounds of themed parties, this insular society is managed by the high-rise’s architect Mr Royal (Irons), until everything begins to fall to pieces.