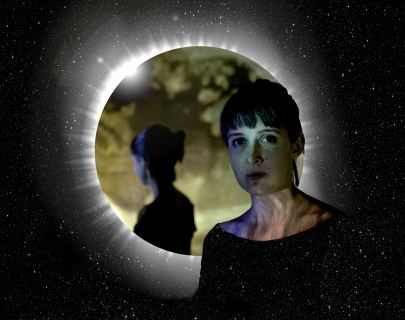 Melanie Wilson will be joined by Gaynor Sharp, Warwickshire Stem Ambassador in conversation with Fuel’s Co-director Louise Blackwell this March.

In the lead up to the performances of Opera for the Unknown Woman this May and June, Fuel and Melanie Wilson will host salons in Cardiff, Coventry, Huddersfield and London. Salons, made popular in 17th and 18th century Europe, were informal spaces for social, literary and political discussion, often populated by women open to an exchange of ideas.

We invite women and men to join a salon to gain insight into this special creative process, contribute to the conversation that will influence the production and meet new people over a free drink. Each salon will consider a different theme from climate change, contemporary opera and digital art to the fight for gender equality. We will hear from members of the creative team, scientists, academics, and you, as we explore how this science fiction, multi-media opera will create a call to action.

We hope you can join us at this free event.

Salon attenders will be entitled to reduced price tickets to see the show in May. More information will be provided when you sign up for the Salon with Fuel.

300 years from now. World economies have failed. The human vestiges of earth are scattered and defenseless, pursued by flood and famine. Aphra, the last hope for life has two weeks to live.

In 2016 a group of women from around the world are drawn together by an unearthly power, to forge a future for their planet. Can their mission alter Earth’s course and save Aphra?