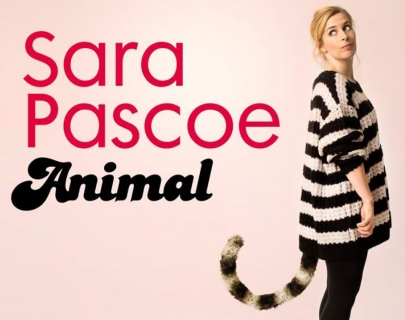 Sara Pascoe is a human animal, and so are you.
The show is a mixture of completely true stories about Tony Blair, Oedipus Rex and the wildlife of Lewisham, plus a load of stories that don’t sound true at all about Jason Donovan, Henry the Hoover and when God took over the tannoy in Sainsbury’s. All animals evolved, but only humans evolved to the point of knowing they evolved. This troubling and confusing position is explored in a creative and honest way in a show about empathy and its limitations.

Sara has appeared on Live at the Apollo, Mock the Week, Have I Got News for You?, QI, Room 101, Buzzcocks, 8 out of 10 Cats and a load of other programmes that can’t be listed due to word count restrictions. Her book Animal will be published by Faber in early May 2016.