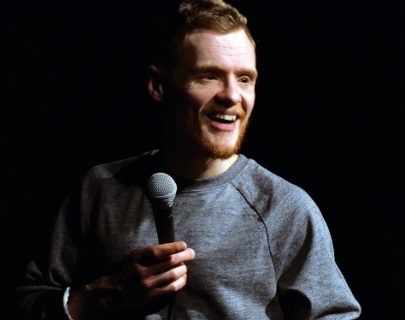 Without question the most subversive voice in UK comedy right now, Andrew Lawrence presents an all new, riotously funny set of jokes, poking fun at Liberal pretentions, PC hysteria and his own awful parenting skills. The Happy Accident Tour is a gag packed stand-up show about coming to terms with fatherhood.

Star of BBC1’s Live at The Apollo, Michael McIntyre’s Roadshow, Dave’s One Night Stand and Sky Arts’ The Outcast Comic, as well as the hugely successful self-penned BBC Radio 4 series, There Is No Escape.

“With every passing minute of his set, Uncensored, you marvel at his chutzpah and worry that he has a death-wish” ★★★★ Telegraph

“Brilliant practitioner of his craft, who knows just where to place words for effect, who makes his audience warm to him, and who raises many a laugh.” ★★★★ ScotsGayMag