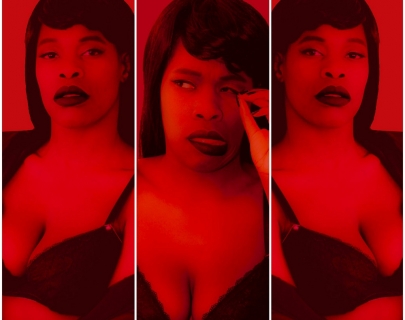 Two performers dismember the process of adaptation by re-imagining a macabre classic with the cheekiest of glints in their eyes.An enigmatic writer has adapted Poe’s original story and handed scripts over to two performers who are now taking merciless liberties with the words – like a madman taking out a furious rage on a helpless pet.

Balanced between the hilarious and the horrific, this show revels in the darkness that hides just under the surface.

Simon doesn’t want to talk about sex. But he does talk all the way through it.


SEXY – Oi, you. Sentient flesh owner.
Do you think you’re sexy?
What do you find sexy?
What does sexy even mean?
As a young woman who loves poetry, smashing the patriarchy and a well timed slut drop, this has been a question that has plagued Vanessa her whole life.

SEXY uses truthful wit and clever verse to explore our conflicted relationship with our bodies and sexiness, exploring our obsession with what is sexy through comedy, spoken word, dance and various states of undress.