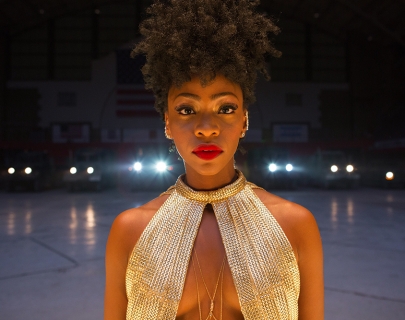 An explosively colourful, hip hop and R&B musical with a political edge, set against the backdrop of gang violence in Chicago’s south side. The term Chi-Raq is a portmanteau of Chicago and Iraq and is commonly used by some Chicago residents to liken the area to a war zone due to its extremely high crime rates.

Chi-Raq is a modern day adaptation of the ancient Greek play Lysistrata by Aristophanes. After a child is accidentally killed in a gang shooting, a group of women led by Lysistrata organise against the ongoing violence in Chicago’s Southside: They will withhold sex from their men until they agree to lay down arms.