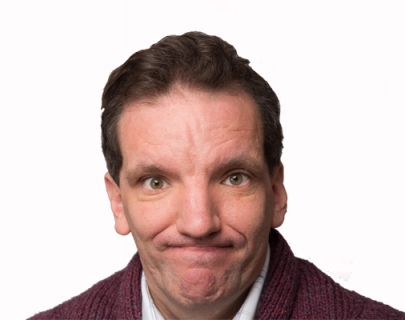 Join German Comedy Ambassador Henning Wehn for an evening of Teutonic jolliness at its best. After his last show tackled those well-known staples of light entertainment that are the British obsession with home ownership and the self-serving nature of most fundraising efforts, this time Henning’s having an unbiased look at immigration. He also wonders if, generally speaking, people are competent. Luckily in his case this doesn’t matter as either he’s funny or he lives up to a national stereotype. It’s a win-win situation. Come along. Or else.

“Forget about the Euro, Henning hits the Mark.” Nottingham Post

Henning’s latest TV appearances include presenting An Immigrant’s Guide To Britain (Channel 4), Have I Got News For You (BBC1), Live At The Apollo (BBC2), Would I Lie To You (BBC1), Bake Off – Extra Slice (BBC2), The Road To Rio co-presented with Mark Watson (six part series for Dave and 70+ territories worldwide), various 8 Out Of 10 Cats & 8 Out of 10 Cats Does Countdown (Channel 4), Room 101 (BBC1), Newsnight (BBC2), This Week (BBC1), Backchat (BBC3), QI (BBC2) and Dave’s One Night Stand (Dave, unsurprisingly). On radio he recently presented Wall In The Head (BBC World Service) and This Is Me, Totally Sausage (BBC Radio 4) and can be heard regularly on Fighting Talk (BBC Five Live) and The Unbelievable Truth (BBC Radio 4).