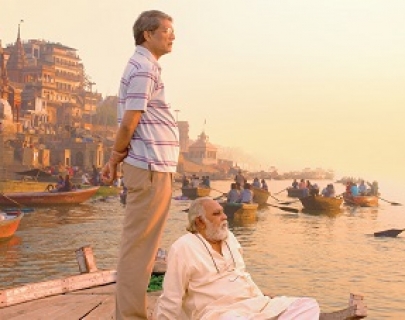 This tender Indian tragicomedy follows the ordeal of an over-worked modern son, Rajiv (Hussain), forced to accompany his 77-year-old father (Behl), who is in search of his own salvation, to the holy city of Varanasi. Having won Best Film at the New York Indian Film Festival, Hotel Salvation combines its slow, ambling rhythm with a breathtaking exotic setting.

“Full of warmth and tenderness that involves the audience in the shared joy, worry and grief of an identifiable family.” The Hollywood Reporter