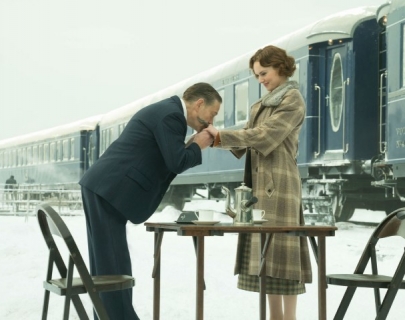 Kenneth Branagh directs and stars as Agatha Christie’s Poirot in a star-studded adaptation of one of the most famous mysteries of all time, Murder on the Orient Express.

A lavish train ride through Europe descends into chaos when a gangster (Depp) is murdered and thirteen strangers all become suspects. With the train stopped and snowed in, Poirot must race against time to solve the puzzle before the killer strikes again. Featuring an incredible cast including Penelope Cruz, Willem Dafoe, Judi Dench, Michelle Pfeiffer and Daisy Ridley, this promises to be one of the film events of the year.