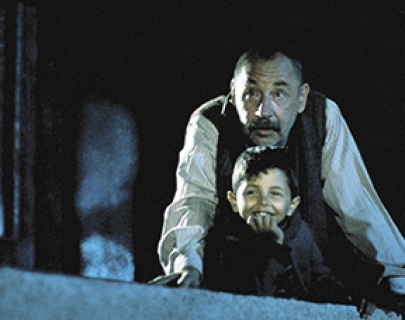 Salvatore Di Vita (Perrin), a successful but jaded film director, recalls his childhood in Sicily where, as a six-year-old film-lover, he spent every free moment at the local movie house, Cinema Paradiso. There, he developed a friendship with the fatherly projectionist, Alfredo (Noiret), who let him watch films from the projection booth and taught him to love the magic of movies. When an accident left Alfredo blind, Salvatore was hired to show the films, which were censored by the local priest to remove any romantic moments.

Winner of the Oscar for Best Foreign Language Film in 1990, this is truly the film-lover’s film and, we hope, a fitting send off for our beloved cinema, for now.

“Transcending boundaries of arthouse and subtitle, Cinema Paradiso wraps you in a tender embrace and refuses to let go.” ★★★★ Empire