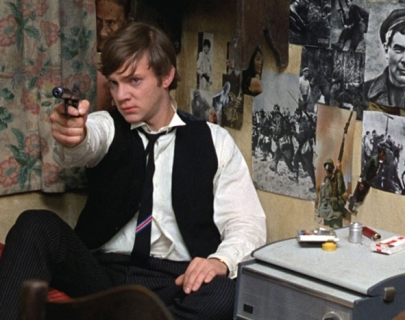 Lindsay Anderson’s If… is a daringly anarchic vision of British society, set in an English boarding school in the late 1960s. Teenage rebel Mick Travis (McDowell) and his two henchmen, Johnny (Wood) and Wallace (Warwick), run riot in their upper class public school with a series of petty thefts. However, they soon attract the attention of both the sadistic older boys and the school’s out-of-touch masters, leading to vicious games and a doomed rebellion.

“This razor-sharp satire eviscerates the British Establishment” The Guardian