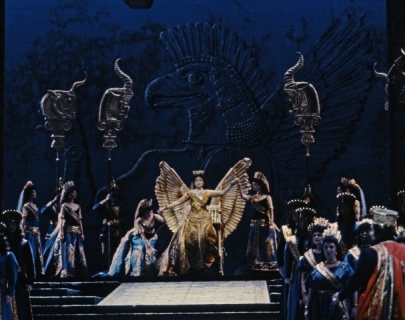 Angela Meade makes her Met role debut as the title character in Semiramide.

Rossini’s opera, which has not been seen at the Met in 25 years, will be conducted by Maurizio Benini and feature Elizabeth DeShong as the Commander of the Assyrian army Arsace, Javier Camarena as an Indian king Idreno, Ildar Abdrazakov as the prince Assur, and Ryan Speedo Green as the high priest Oroe.