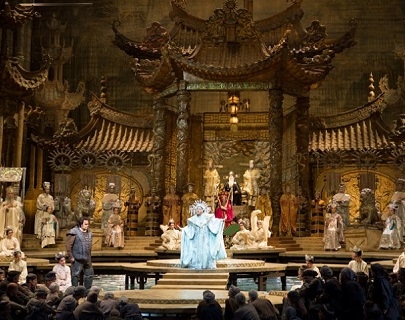 Peking, in the mythic past. Outside the Imperial Palace, a mandarin reads an edict to the crowd: Any prince seeking to marry Princess Turandot must answer three riddles. If he fails, he will die.

Nina Stemme, one of opera’s greatest dramatic sopranos, takes on the title role of the proud princess of legendary China. Tenor Marco Berti is Calàf, the brave prince who sings Nessun dorma and wins her hand. Franco Zeffirelli’s dazzling production is conducted by Paolo Carignani.