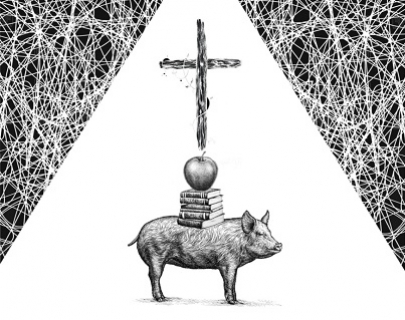 Somewhere, in a dystopian totalitarian state, Katurian Katurian Katurian is being interrogated due to a series of crimes bearing a striking resemblance to his short stories. Down the hall, his sister waits in a cell, blissfully ignorant of the severity of their situation. As the play progresses, the line between art and reality blurs, forcing Katurian to make a decision between his own fate, his sister’s fate and that of his fictional creations which seem to have taken on a life of their own.

Featuring an original score and lyrical dance, this is a vivid reimagining of Martin McDonagh’s award winning play.