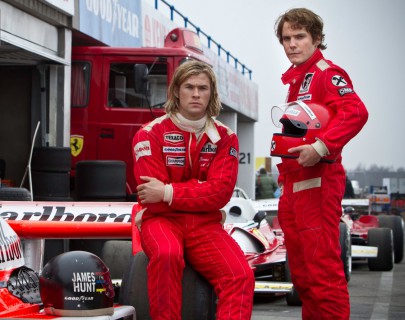 Following the success of 2010 documentary Senna, comes a film about another Formula One legend, James Hunt.

Rush focuses on the dramatic events of the 1976 F1 season and the passionate rivalry between Austrian champion Niki Lauda (Brühl) and British rising star James Hunt (Hemsworth, who delivers an impeccable English accent). The rivalry comes to a head when six weeks after Lauda’s near-fatal crash in the Nurburgring, the pair find themselves vying for the world title in the very last race of the season.

Directed by Ron Howard (Frost/Nixon) from a script by Peter Morgan (The Queen), the film is an intelligent and thrilling look at one of sport’s greatest rivalries.