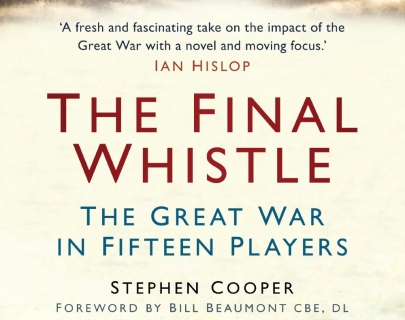 The Final Whistle: the Great War in Fifteen Players is the story of fifteen members of Rosslyn Park Rugby Club during the Great War. All played rugby for one London club; none lived to hear the final whistle. They came from diverse backgrounds, with players from Australia, Ceylon, Wales and South Africa, but they were united by their love of the game and their courage in the face of war. From the mystery of a missing memorial, Cooper’s meticulous research has uncovered the story of these men and captured their lives, from their vanished Edwardian youth and vigour, to the war they fought and how they died.


Stephen Cooper was born in Birmingham, England. His first book combines two of his many passions: a lifelong fascination for the Great War, inspired by his grandfather who fought in the Somme, and rugby, which he has played and coached for longer than he can remember. The Final Whistle won Rugby Book of the Year in the 2013 Times British Sports Book Awards.