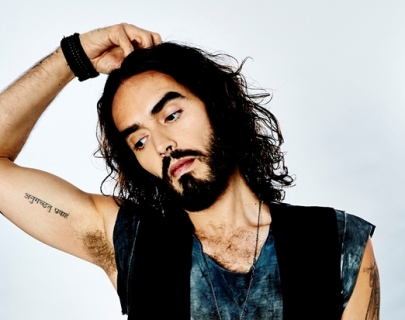 This is a rescheduled event following the earlier cancelled Russell Brand show on Thu 6 Mar.

On his first ever World Tour, Russell Brand will be making a stop in Coventry, his first visit to Warwick Arts Centre since 2007. Messiah Complex will be a dissection of various social and religious figures and the reality of their lives through comparisons of each other.

Messiah Complex is a mental disorder where you think you might be the messiah. Did Jesus have it? What about Che Guevara, Gandhi, Malcolm X and Hitler? All these men have shaped our lives and influenced the way we think. Their images are used to represent ideas that often do not relate to them at all.

Would Gandhi be into apple? Would Che Guevara endorse Madonna? Would Jesus be into Christianity? All great people are flawed, flawed people are capable of greatness and for every identifiable icon there is an anonymous mob of unrecognized bods doing all the admin and heavy lifting.

This show looks at the importance of heroes in this age of atheistic disposability. Plus there’s sex. Obviously.