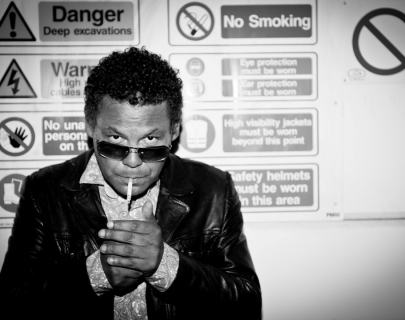 Legendary actor, host and broadcaster Craig Charles of Red Dwarf, Robot Wars and Coronation Street fame is also one of the UK’s best loved Funk and Soul DJs. Broadcasting for over 10 years on BBC 6 Music with the primetime Saturday night Funk & Soul show, Craig Charles has gone from strength to strength. He’ll be hosting a live Funk & Soul Show from behind the decks in the Butterworth Hall, alongside 7-piece live funk band, Smoove & Turrell.

Smoove and Turrell feature one man raised on the soulful roots of American blues ‘n’ soul music, and one entrenched in hip-hop music & latin jazz funk flavours. Putting the Northern back into soul with a touch of funk, with a string of hits to their repertoire, Smoove and Turrell are popularising the genre world-wide. They have a string of hits to their repertoire and their forthcoming album Broken Toys is due for release later this year.