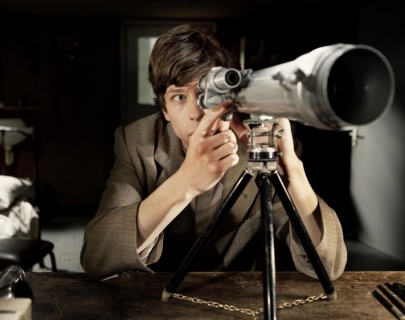 Following the success of Submarine, Richard Ayoade’s second feature is an updated version of Dostoyevsky’s novella, where a young man finds his uneventful life turned upside down by the arrival of another man who looks exactly like him.

Simon (Jesse Eisenberg) leads a mundane life, ignored by his colleagues, his family and the woman of his dreams (Mia Wasikowska). One day, new colleague James (also Eisenberg) joins his office, and only Simon seems to be aware of the fact that they look exactly the same. Slowly, James begins to assimilate himself into Simon’s world, and Simon soon finds himself on the outside looking in at a man living his own life better than he does.