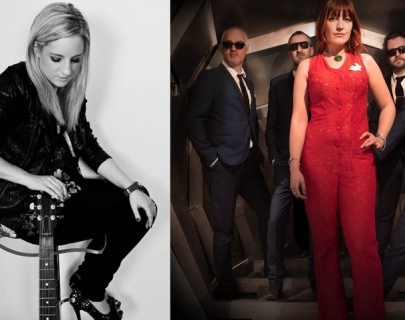 Milly Winter’s songs are a musical diary, blending many eras and genres to form a concoction of reggae, pop, folk and soul.

Milly has appeared with her band on BBC London, BBC Coventry and Warwickshire and played Cornbury Festival and the BBC introducing stage at Wychwood Festival in 2011. Her debut EP Milly Winter was produced Grammy and Emmy award winning Kipper Eldridge.

More recently, two of her tracks have been featured on Channel 4’s Hollyoaks. She is guaranteed to get people dancing & has played in high profile venues, such as The Troubadour, Earl’s Court and the Bedford, Balham, as well as in the Midlands.

Kristy Gallacher is a guitarist, poet and songwriter from Coventry, England. Being somewhat disillusioned and fiercely independent, in 2008 at the age of 21, Kristy decided to join the D.I.Y ethos. She formed her own independent record label Broken Player Records, signed herself and has been self sufficient ever since. Each subsequent release has been on the label. A prolific songwriter, she is continually songwriting her way through life and regularly tours on the acoustic circuit to audiences across the UK. With a strong live presence of carefully crafted songs and exciting fresh guitar work Kristy continues to grow and expand her loyal fan base.