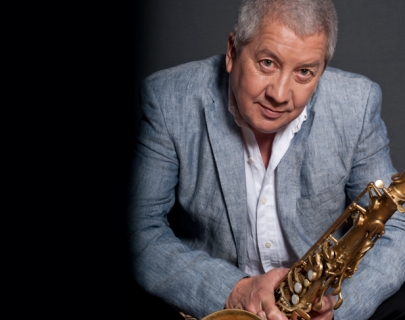 Saxophonist Andy Sheppard has been a constant presence on the British, and international, jazz circuit since he emerged as part of the late 1980s young UK jazz scene, yet for all his widespread popularity he’s remained hungry for exploring sonic pastures new. His current group, Trio Libero, has morphed into a quartet with the addition of Norwegian master of electronica soundscape Eivind Aarset on guitar and has produced an immersive new album, Surrounded By Sea, which they will be performing on the evening.

A born collaborator who has worked with some of the biggest names in jazz, such as Carla Bley, George Russell and Gil Evans, Sheppard’s lyrical sound is characterised by a very personal use of rhythms from Asia, Africa and South America.