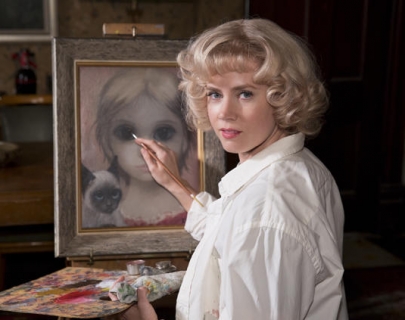 Tim Burton leaves the world of fantasy, but not his visual flair, behind when he tackles the true-life story of artist Margaret Keane, his most human film since Ed Wood.

Amy Adams is Margaret, a divorcee with a bold artistic talent for creating ethereal images of children with large, dark eyes. She meets Walter (Waltz), who takes an interest in her and her work, and they are soon married. But as her paintings begin to garner interest, Walter begins taking credit for his wife’s work, and thus begins Margaret’s struggle to reclaim her identity.

“A fascinating portrait of a woman first suffering and then challenging a world in which men had the upper hand – domestically, professionally, artistically.” ★★★★ The Observer