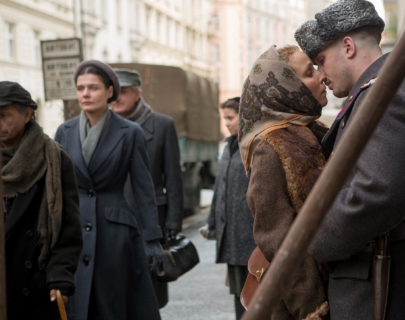 Cold War-era thriller based on the best-selling book by Tom Rob Smith, and produced by Ridley Scott.

Secret police agent Leo (Wuthering Heights’ Tom Hardy) finds his attempts to track down a serial killer blocked by the Soviet government. Exiled from Moscow after he refuses to arrest his ‘traitor’ wife Raisa (The Girl With The Dragon Tattoo’s Noomi Rapace), a disgraced Leo turns to General Mikhail Nesterov (Gary Oldman) to find the murderer and stop him once and for all – no matter what shocking truth he uncovers.

The screening on Wed 6 May 6pm will be followed by a Post-screening Discussion.