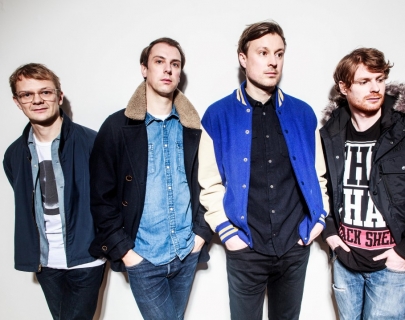 A special concert that’s part of the Warwick Music Festival, celebrating 50 year of the University of Warwick.

Django Django will be headlining the University of Warwick’s 50th anniversary golden festival of music, the festival celebrates the diversity of the University’s local community and the campus’s successes since its formation in 1965.

“Innovative, modern… Django Django are back with a big bang” The Guardian

“Nothing but praise for Unknown Mortal Orchestra” The Guardian

Prior to this performance Hackney Colliery Band will be performing a 90min set by the Koan outside the front entrance to Warwick Arts Centre and Cherrystones will also be DJing in the foyer from 6.30pm throughout the evening, taking inspiration from rock n roll and applying it to hip-hop.