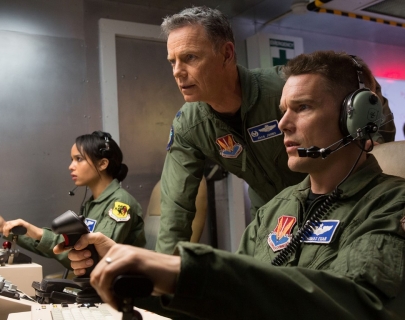 After several tours of duty, USAF pilot Major Tom Egan (Hawke) now fights the ‘war on terror’ by remote control, from an air conditioned bunker in the Nevada desert.
Increasingly troubled by the collateral damage caused by his drone strikes, he turns to alcohol to numb his guilt, rage and boredom, threatening both his career and his relationship with his wife (Mad Men’s Jones).