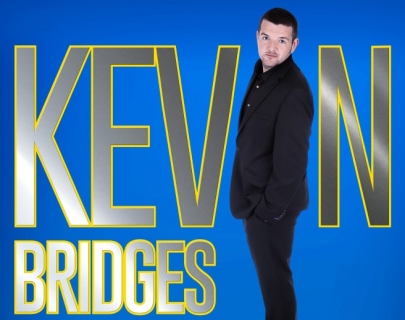 Traffic alert: Visitors from Birmingham & Coventry: Junction development August – December 2015. Major development works are being carried out at the junction between the A45 and Broad Lane – with an expected completion date of early 2016. Please allow additional time for your journey.
Please note: Ticket sales are limited to 6 per person. Tickets will only be sent 4 weeks prior to the event.

After his 2012 tour smashed box office records by selling a staggering 45,000 tickets on the first day, Kevin went on to sell out an incredible nine-show run at the Glasgow SECC Arena. His epic 136-date tour culminated in a sell out run throughout Australia and his DVD made it to number 5 in the charts for Christmas that year.

The last twelve months have been incredibly busy for Kevin and October marked a momentous chapter in Kevin’s career with his hotly anticipated autobiography We Need To Talk About… being released through Penguin Books followed by a book-signing tour of the UK. To finish an incredible year off, Kevin will be performing his first solo show in Dubai December 2014.

“Britain’s best stand up” The Sun