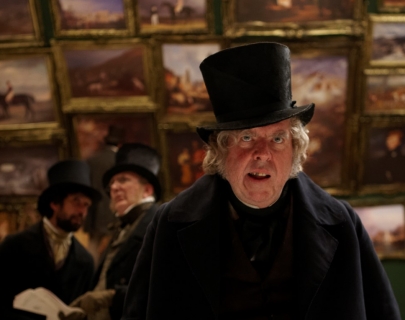 Mike Leigh’s film of the latter years of the life of British artist JMW Turner has already garnered accolades and a Cannes Film Festival Best Actor award for Timothy Spall in the title role.

Spall fully embodies his role as the cantankerous artist, with a grunting, gruffly emotional performance as a man who is at once the talk of the artistic world, but also set apart – a man who sees the world differently.

“What a glorious film this is, richly and immediately enjoyable… Funny and visually immaculate” ★★★★★ The Guardian