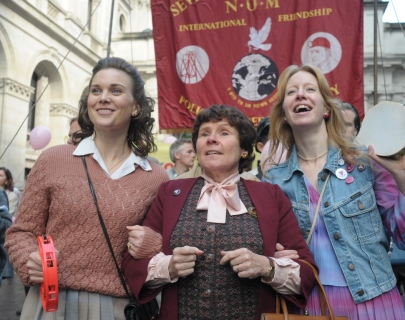 This British comedy recounts the true story of the gay and lesbian activists who threw their support behind the miners’ strike in 1984.

Keen to raise money for the striking miners after noting their shared hatred of Thatcher, the gay and lesbian group team up with a remote Welsh mining community, led by the warm and welcoming community leader Dai (Considine) and feisty Welsh matriarch (Staunton).