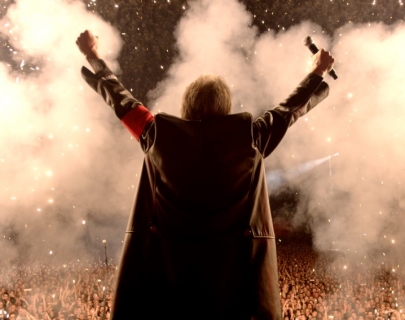 Roger Waters’ The Wall is a groundbreaking concert film brought to cinema screens worldwide. Written and directed by Roger Waters and Sean Evans, the film is based on The Wall Live, the biggest global tour by any solo artist in history. Roger Waters’ The Wall unfolds on many levels: as an immersive concert experience of the classic Pink Floyd album, as a road movie of Waters’s reckoning with the past, and as a stirring anti-war film highlighting the human cost of conflict. After the film will feature_ The Simple Facts_, a unique opportunity to see Roger Waters and his Pink Floyd bandmate Nick Mason reunited, unscripted, and in conversation to answer questions sent in by fans from around the world.