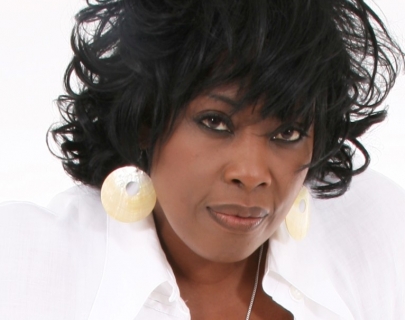 For many years Ruby Turner has been regarded as having one of the greatest voices the UK has ever produced. Ruby can breathe life and meaning into a song whether it is a passionate soaring ballad or a soulful up-tempo groove. Her career to date has been sensational with major tours, film, TV and theatre appearances.

Born in Jamaica, Ruby moved to England when she was nine and her major break came when she was taken under the wings of British blues legend, the late Alexis Korner.

Her first album, Women Hold Up Half The Sky was released to critical acclaim in 1986. This period spawned the hits If You’re Ready (Come Go With Me)_ and _I’d Rather Go Blind and, in the American R’n‘B chart, the number 1 hit single It’s Gonna Be Alright – one of less than ten British records to achieve this!

A very prolific songwriter, many of Rubys songs have been covered by artists such as Lulu, Yazz and Maxi Priest, while her vocal prowess has been employed to good effect by Brian Ferry, Mick Jagger, Steve Winwood, and Jools Holland.