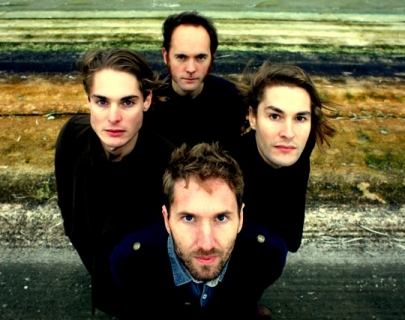 In 2010 Stornoway alighted on the UK music scene, eschewing academia and the dreaming spires of their hometown Oxford, with their single Zorbing. They were set apart by a gentle magnetism and lead singer Brian Briggs’ “exceptional ear for that most distinctive of sounds – the British pop melody”.

Stornoway are now on their third full-length album Bonxie (released 13 April 2015). The first single from the album The Road You Didn’t Take won the 6 Music Rebel Playlist and the band headlined the folk stage at the 6 Music Festival 2015.

For the latest album, for the first time, the band have used a producer to make their new album and the man in question is none other than the legendary Gil Norton of Pixies, Pulled Apart By Horses, Foo Fighters, Twin Atlantic fame.

Stornoway still wield all the lyrical eloquence they debuted on their 2010 Beachcomber’s Windowsill. The melodies and instrumental depth, which grew exponentially on album two Tales From Terra Firma, is also present and the experimental, inquisitiveness of mini album You Don’t Know Anything is also set out in their latest long player.

This time with Gil Norton at the desk, the band have come of age and the new record has the keenest pop sensibility yet.

“Folksy charm and intense joy on their best album yet.” ★★★★★ The Guardian